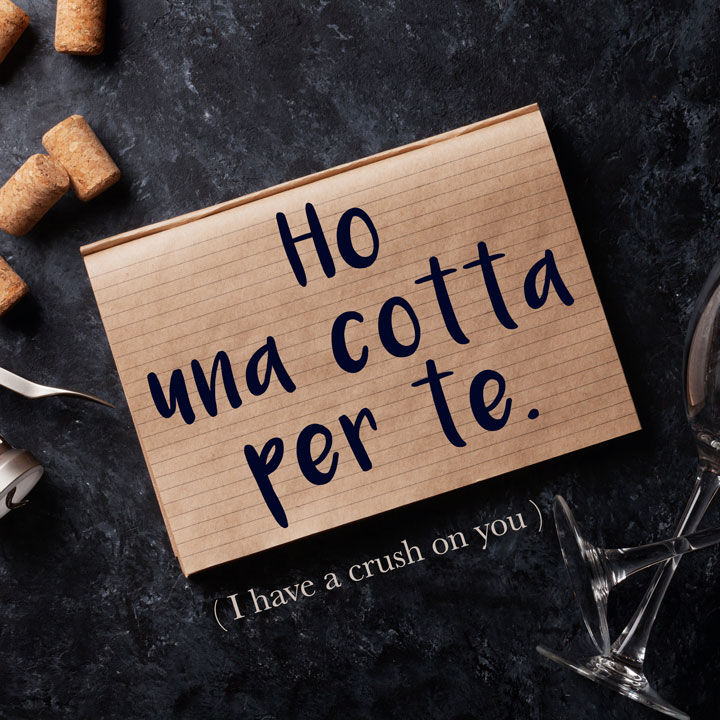 Each and every one of us has experienced a colossal crush at some point in our lives. Sometimes they are short-lived, other times those feelings may never really leave us despite the passing of the years.

Whether you are currently infatuated with someone, or just curious to expand your vocabulary, you may be interested to know how to say I have a crush on you in Italian (especially if your beloved happens to be Italian)! 🙂

There are three different ways you can translate this phrase, all of which include cotta, the word for crush or infatuation. It derives from cotto, the past participle of cuocere (to cook).

The first two expressions are fairly standard whereas the third has more of an informal ring to it.

Also note that the second and third phrases use the reflexive form of prendere (to get) and pigliare (to catch, grab) and for this reason, must conform to the gender of the speaker when conjugated.

There are of course many other ways of expressing the same sentiment. For example: