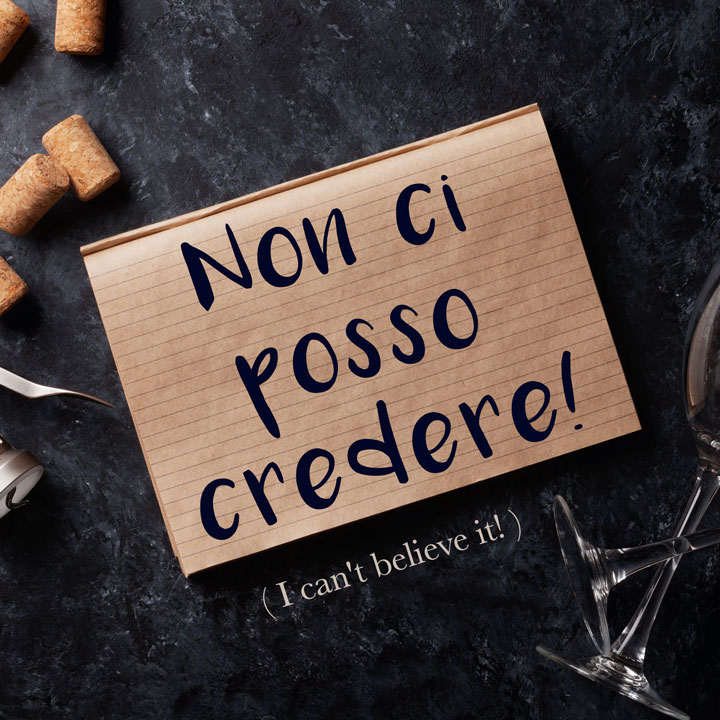 This week’s phrase is bound to come in handy if you see or hear about something that defies belief.

I can’t believe it!

It is made up of the following components:

Note that it is possible to move ci from its position between non and posso to the end of credere without changing the meaning of the sentence. This is because direct objects can be attached to the end of infinitives in Italian:

I can’t believe it!

Another variation on this phrase removes the verb potere from the equation altogether. The only difference is that credere has to be conjugated into its first person singular present form credo (I believe).

I don’t believe it!