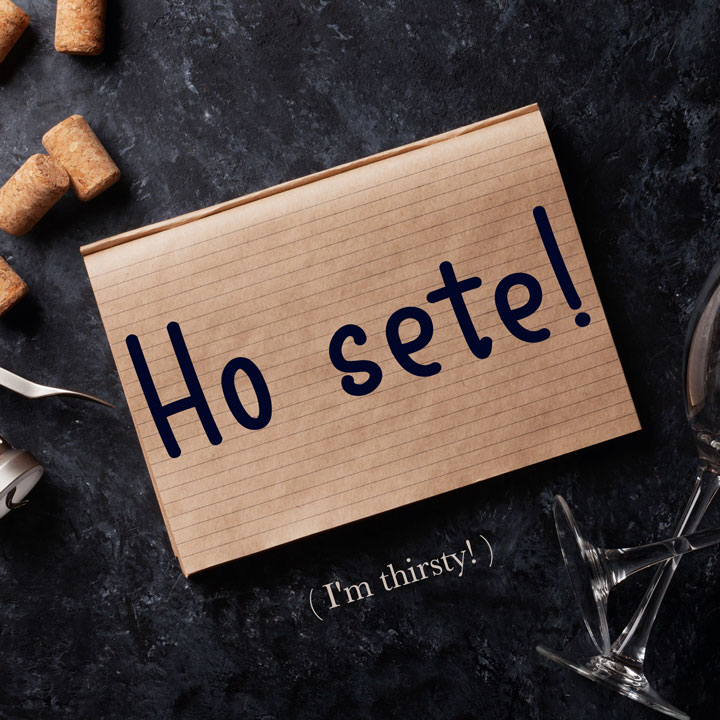 Last year, we covered how to say “I’m hungry!” in Italian, so today we’re going to look at what to say when you’re feeling a little (or very) parched!

Let’s break the phrase down into its component parts:

The first person singular conjugation of avere (to have).

Note that Italians frequently use the verb avere where we would use to be (essere) in English. In this case, for example, instead of saying ‘to be thirsty‘ Italians would say ‘to have thirst‘.

A noun meaning thirst or dryness in Italian.

If you are extremely thirsty, you can use any of the following expressions:

In informal conversations, you can also shorten the last two expressions above to just Ho una sete…! which translates as I’m so thirsty…! The second part is implied with the right intonation (see example below). Italians do the same with Ho una fame…! (I’m so hungry…!)

I’m so thirsty!
I can’t tell you how thirsty I am!

Of course, the only way to stop feeling thirsty is to spegnere la sete (to quench one’s thirst). Spegnere means to turn off or to switch off, so literally the phrase means “to switch off one’s thirst”.

In formal Italian, you can also say sono assetato, with assetato being the direct translation for thirsty, but you won’t hear it nearly as frequently.