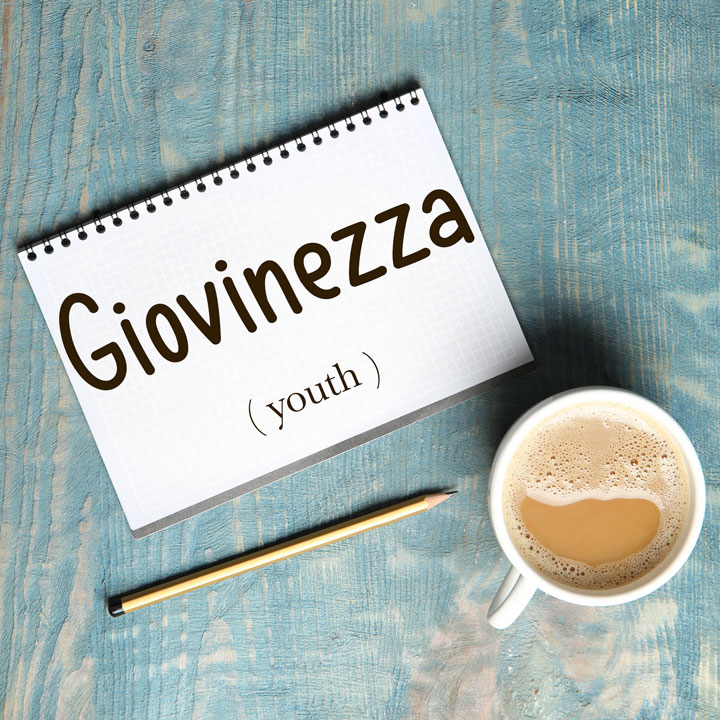 The word for youth in Italian, as in the period between childhood and adulthood or the state of being young, is giovinezza (feminine, plural: giovinezze). It derives from the adjective giovane (young).

Learn with our video

Important: Giovinezza does not mean youth in the sense of a young person (un giovane).

When an older person recounts their life story to somebody else, they might use expressions such as:

Giovinezza can also be used figuratively to describe a person’s youthful character, even if they are no longer young themselves. For example, giovinezza di spirito means youthfulness of spirit.

It can also describe a recently born animal, a budding plant, or something in its first stages of development or formation such as a civilisation or style. For example, la giovinezza della civiltà means the early years of civilisation.

A common synonym in Italian is gioventù, which can refer not only to the period of time between childhood and adulthood, but also young people in general. When denoting the latter, it is always accompanied by the definite article la (la gioventù = the youth).

In gioventù non avevamo i cellulari.

In our youth we didn’t have cellphones.

Did you know that…?
One of Italy’s most famous soccer clubs, Juventus, takes its name from the Latin ‘iuventus’ which means gioventù.

This article is also available in video format on our YouTube channel. The audio version can be found on Podbean, Google Podcast, Apple Podcast and Spotify.