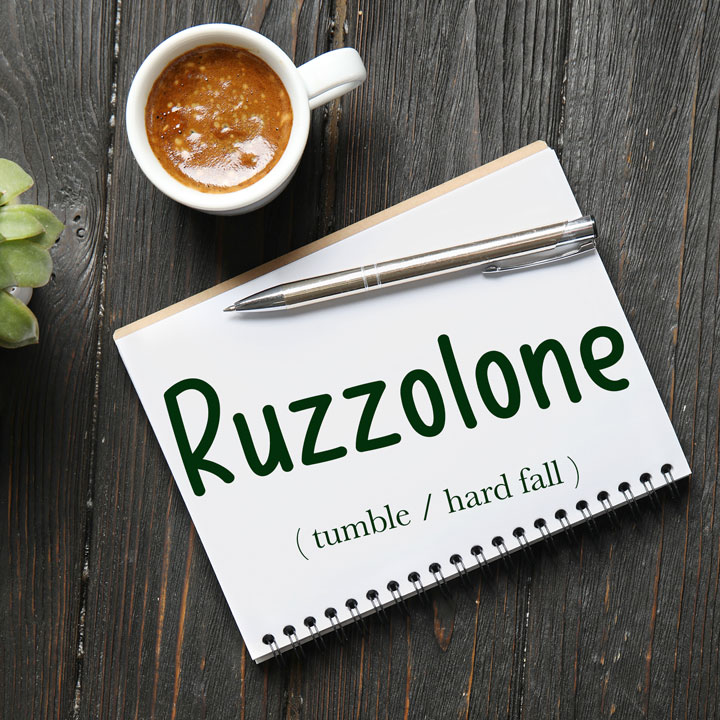 A fun Italian word that sounds just like its meaning is ruzzolone (masculine, plural: ruzzoloni), which translates as a tumble or hard fall in English.

It derives from the verb ruzzolare (to tumble / to roll) which can ultimately be traced back to the Latin word rota meaning wheel.

To take a tumble translates as fare un ruzzolone in Italian. To emphasise that it was a particularly bad fall, you can add the adjectives brutto (bad) or gran (great) in front.

He took a nasty tumble down a staircase.

The plural form often appears in the adverbial phrase a ruzzoloni or just ruzzoloni on its own, which best translate as tumbling or while tumbling.

In a figurative sense, ruzzolone is used when an influential individual in the political, social or economic sphere suddenly loses authority following an accident or an unexpected event.

A close synonym is capitombolo which means tumble or head first fall.