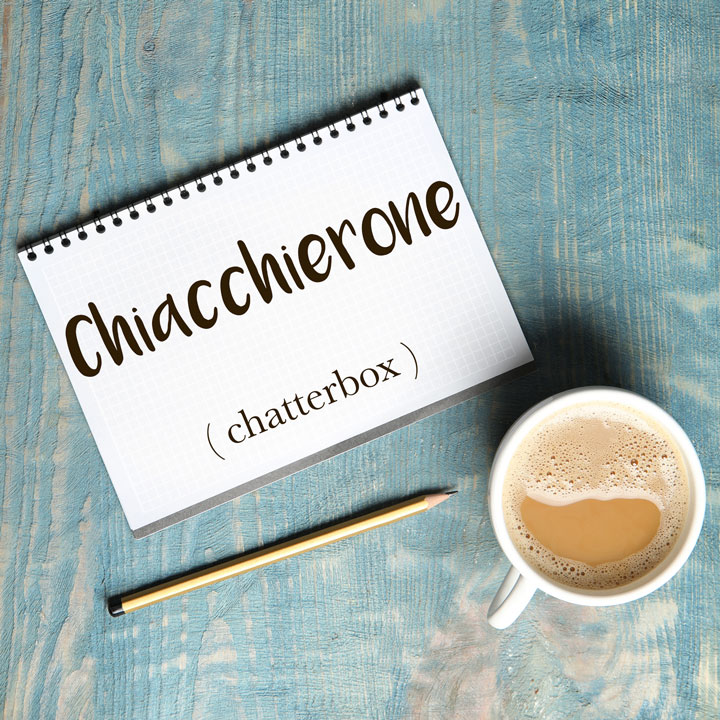 Do you know someone who can talk the hind legs off a donkey? If so, you’ll definitely be keen to learn today’s word of the day!

Chiacchierone is what you would call a very talkative man, with the best English translation being chatterbox or talker.

The feminine and plural equivalents are as follows:

My father is known in the village as a chatterbox.

It derives from the verb chiacchierare which means to chat and is related to the terms chiacchiere (chit-chat, small talk), chiacchierata (gossip) and chiacchierato (a person people gossip about).

In a pejorative sense, it can also refer to someone who is incapable of keeping a secret. Possible English translations include blabbermouth and bigmouth.

Don’t say anything to that blabbermouth. He’ll tell everyone!

Chiacchierone, along with its feminine and plural equivalents, also functions as an adjective when it modifies a noun. For example, you can say una ragazza chiacchierona (a chatty girl) or i bambini chiacchieroni (the talkative children).