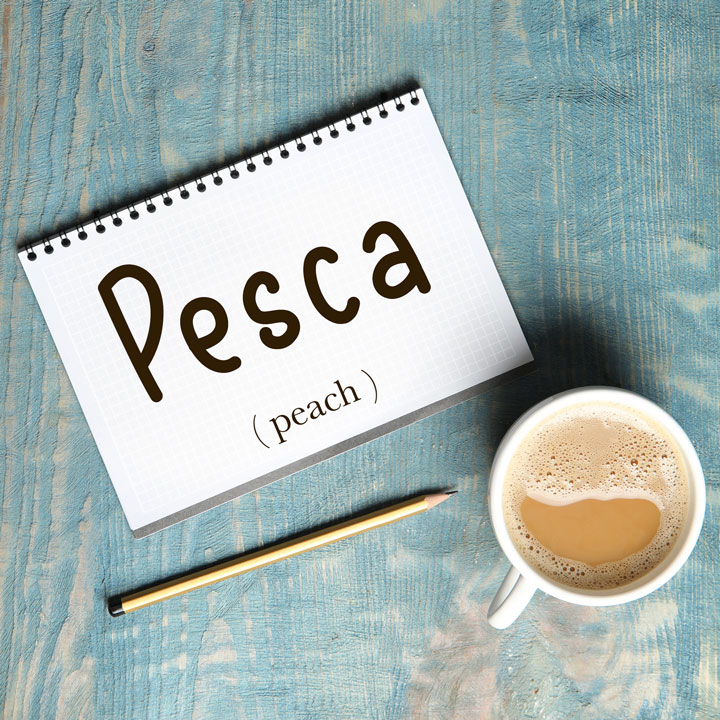 The Italian word for peach is pesca (feminine, plural: pesche). Its etymology can be traced back to the classical Latin mala persica which is the word for the Persian apple tree.

Important: Pesca is also the word for fishing in Italian. The two words are homonyms in that they are spelled and sound the same but have different meanings.

Some verbs you’ll often see with pesca include:

Change the ending from the feminine a to the masculine o and you get pesco, the word for a peach tree.

Peaches are growing on the peach tree.

A type of peach with smooth red and yellow skin and rich, firm flesh is the pesca noce or pesca nettarina (nectarine).

In the Tuscan dialect, pesca is a figurative word for a bruise (livido) on the body left by a beating.

Just as in English, color pesca (peach colour) denotes a pinkish-yellow colour like that of a peach. You can also use the word to describe the smoothness or softness of a person’s skin.