Matto is one of many ways you can translate the word crazy into Italian. It is thought to come from the late Latin mattus, which means drunk, and later assumed the meaning of stupid before acquiring its current definition.

In addition to essere (to be), matto often appears in the company of the verbs andare (to go) and diventare (to become).

Vado matto per i gatti!

He went mad after spending ten years in prison.

Did you know that…?
The word for checkmate in Italian is scacco matto. Scacco, in its singular form, means both chess piece and Check! whereas the plural scacchi is the name given to the game of chess. 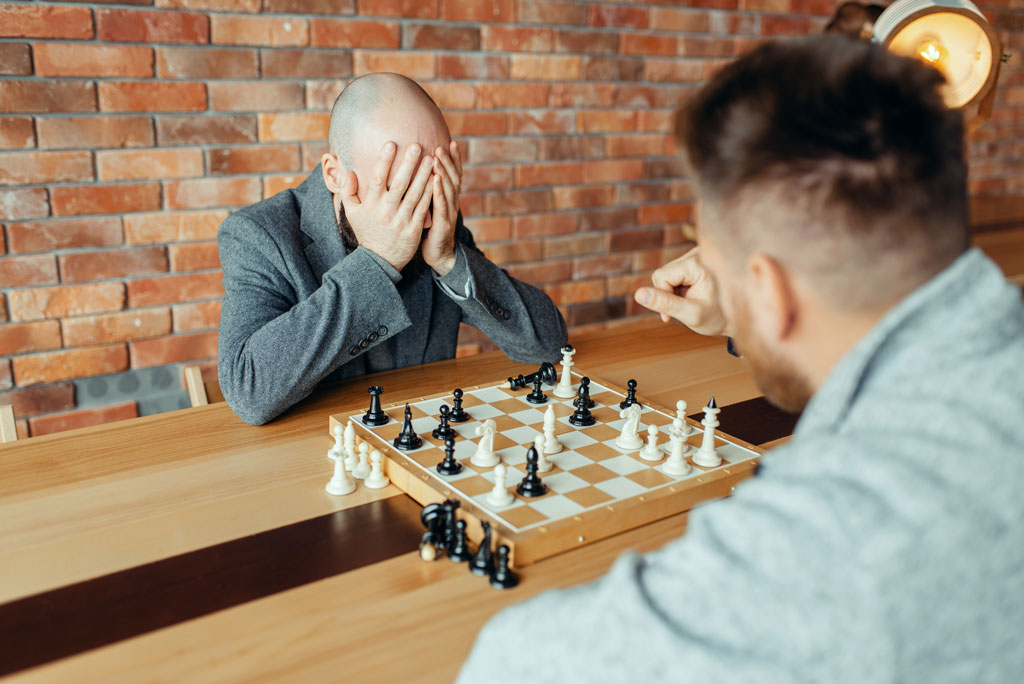 Like many adjectives in Italian, matto can also function as a noun with the meaning of lunatic, madman or crazy person.

A way to say that someone has literally gone crazy or is acting like a crazy person is dare di matto (lit. to give like crazy).

Just like the English Are you crazy?, Italians will use Sei matto? with someone who says or does absurd things. Another interesting expression is Fossi matto! (lit: If I were crazy!) which is used as a response to categorically refuse to accept or do something.

Do you want to see this film? It’s six hours long. – What do you think I am, crazy?

When matto modifies a noun, it takes on the meaning of intense, enormous or insatiable in colloquial Italian. For example:

Then we have other interesting expressions with the word matto in its plural form:

Common synonyms for matto are pazzo and folle.

Literal translation: to be crazy enough to be tied up
English meaning: to be stark raving mad

Literal translation: to be crazy like a horse
English meaning: to be unpredictable (used in a kind or playful way)

Literal translation: to be like the fool of the tarot cards
English meaning: to be everywhere and always appreciated

This cute children’s song is one of my son’s favourites at the moment. It was recorded in Italian by singer-songwriter Sergio Endrigo in 1969 but the original music and lyrics are by Brazilian poet Vinicius de Moraes.

It was a lovely house
Without a ceiling, without a kitchen

You couldn’t go inside
Because there was no floor

But it was beautiful, very beautiful
On number zero, Madman Street

But it was beautiful, very beautiful
On number zero, Madman Street