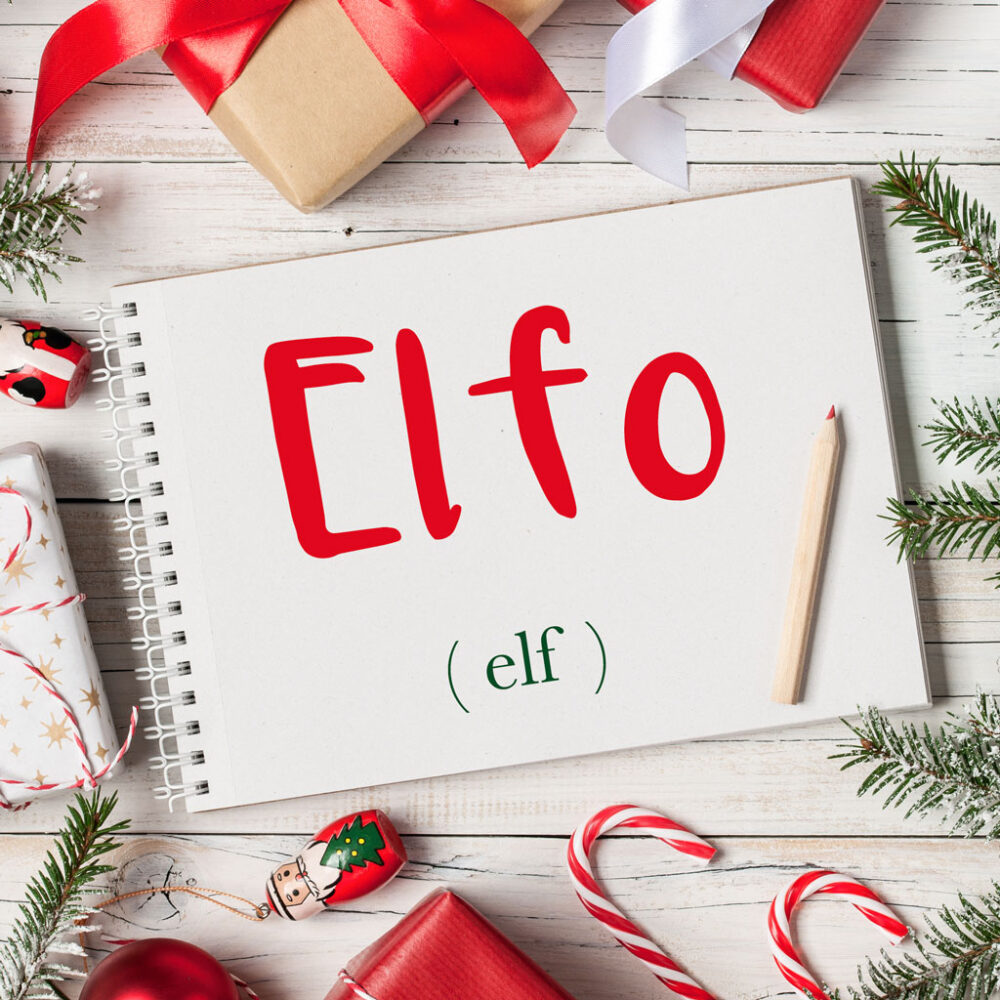 Today’s word of the day is part of our Italian Christmas Word Advent Calendar series. Each day throughout December, we’ll post a word that is related to the holiday season. Enjoy!

The tradition of the Christmas elf has its origins in American, Canadian, Irish and British cultures, but due to globalisation, has since been incorporated into the modern Italian Christmas tradition as well.

They are responsible for making the toys in Santa’s workshop, taking care of the reindeer, making lists of the good and bad children, and preparing the sleigh for the big night.

The elves work in a toy workshop.

They are often depicted as short and youthful in appearance (despite their age), with large, pointy ears and green and red outfits adorned with bells.

Unless you’ve been living under a rock, you will have certainly heard of the Elf on the Shelf (L’Elfo sulla Mensola) craze that took the world by storm in 2007.

The tradition involves an eponymous storybook and accompanying elf doll. According to the book, the elf is a “scout elf” who observes the children’s behaviour in the family home during the holiday season. Each night, he flies home to the North Pole to report back to Santa Claus, returning just before the children wake up the next day.

The elfo is never found in the same place twice when he returns – he may be sitting on the shelf one day, and hiding under the bed the next, and it’s the children’s job to find him!

The elfo originates from Germanic mythology and folklore. They were creatures with magical powers and sublime beauty, but in some middle age and post middle age texts, they were also described as dangerous carriers of diseases that could affects humans and animals.

In Nordic mythology, the elfi are beings that live in the air, in the forests or in solitary locations. They can be good (elfo della luce = elf of light) or bad (elfo nero = black elf).

In modern literature, elfi have become main protagonists in many fantasy books. For example in Il Signore Degli Anelli (The Lord of The Rings), elfi are beautiful, wise, immortal beings. They are masters at forging powerful swords and agile warriors thanks to their lightweight bodies and deep eye vision.

Legolas looks very young, but he is more than 2000 years old.