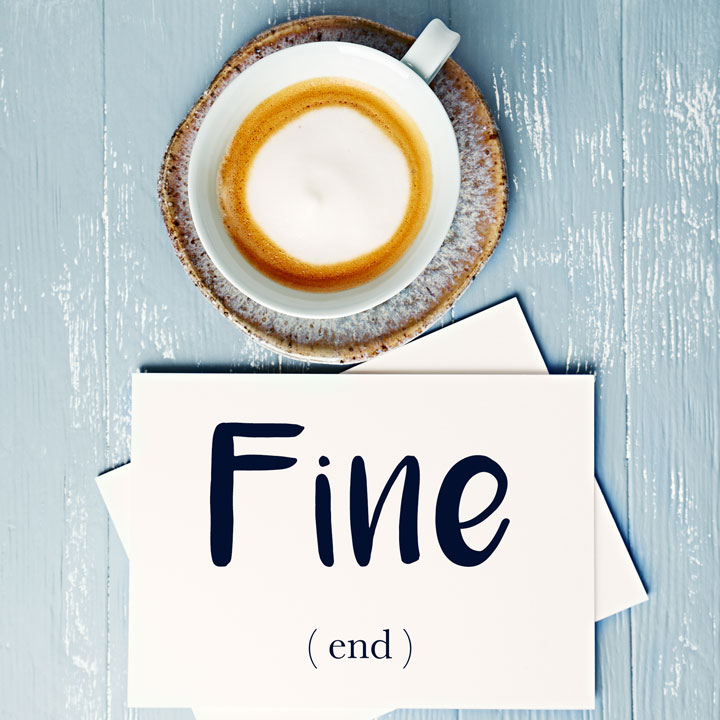 What better way to bid farewell to what has been a rather trying 2020 than by talking about the word for end in Italian, which is fine (feminine, plural: fini). Both this word and the English word finish can be traced back to the Latin finis of the same meaning.

As in English, fine can refer to the furthest, most extreme part of something physical such as la fine della strada (the end of the road), in addition to the final part of something such as a period of time, thing or activity:

Note: If you want to talk about the ending of a film or book, you can use the word finale.

Finally the end of the year has arrived. I can’t wait to forget 2020!

In Italian and English, fine and end are also euphemisms for a person’s death.

It appears in numerous idiomatic phrases including:

Looking at these examples, you might have noticed that fine is sometimes abbreviated to fin but don’t worry – this only ever happens in specific idiomatic expressions.

If you haven’t seen or heard from someone for a while and you find yourself wondering what has happened to them, you might use the expression Che fine ha fatto? (What happened to him / her?). It literally translates as What end did he/she make?

Do you know what happened to Clara? I haven’t heard from her in years!

Whereas in English we say The End at the end of a book or film, Italians simply say Fine without the definite article.

When used as masculine noun, fine means purpose / objective or result / outcome. An example of the former is the expression un secondo fine (a hidden objective) whereas the latter is often seen in the idiom andare a buon fine (to bring something to a successful conclusion).

What’s more, fine can also be an adjective meaning fine, thin, acute, refined or subtle depending on the context.

Literal translation: It’s the end!
English meaning: It’s game over! / There’s nothing we can do!

Literal translation: There is never an end to the worst.
English meaning: When it rains, it pours.

Literal translation: Until the end of the centuries
English meaning: For all time, forever