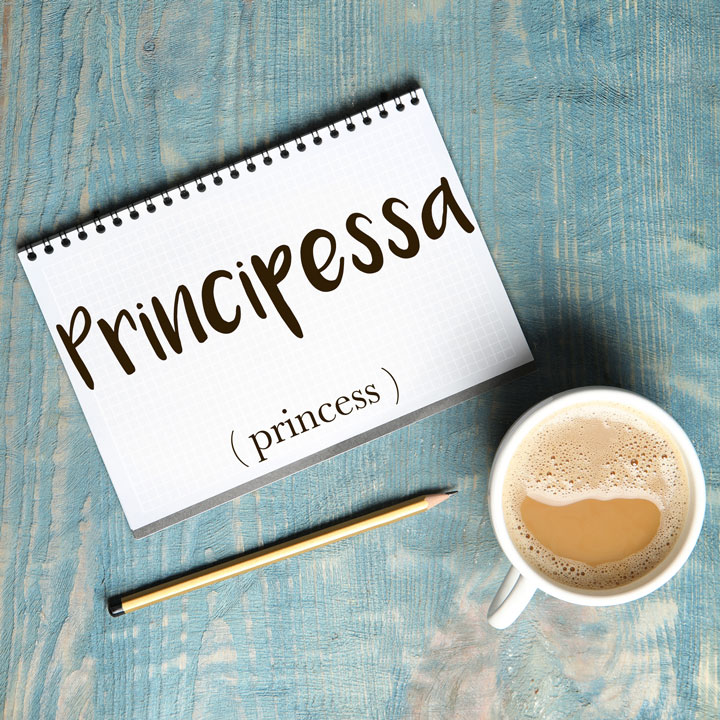 The last Crown Princess of Italy to become Queen of Italy was the famously beautiful and rebellious Marie José of Belgium, wife of King Umberto II. She reigned alongside her husband for a mere 27 days between May 9th 1946 and June 2nd 1946, after which the Italians voted for the abolishment of the monarchy in a referendum. Her short reign earned her the nickname La Regina di Maggio (The May Queen).

The princess lives in a castle.

Comparatively speaking, the word principessa may also be used to describe a wealthy woman who lives a life of luxury, or a woman who acts like a great lady despite not actually being one.

That girl believes she is a princess for the way she behaves.

You are my princess.

The diminutive principessina is sometimes used to describe a very young princess.